For the first time in doing the MyHockeyLive Rankings, there is a new number one team in the state! Plus, two division two schools and a division three school! Check it out:

1: St Mary’s Lynn (2) – St Mary’s remains undefeated and have the top spot in the rankings for the first time this year. They already have eight wins on the year and have won their past three games by a combined total of 11 goals.

2: Xaverian (4) – The Hawks are back up to number two after defeating BC High this past week 3-1. The Hawks have only given up one goal in their past three games.

3: Burlington (8) – Burlington is the hottest team in the state as they have rattled off eight wins in a row after dropping their opener. They downed Hingham 3-0 in their most recent victory.

5: BC High (1) – For the first time in all of my rankings, the Eagles are not the top ranked team. They fall all the way down to fifth this week as they have lost two in a row. They will look to get back into the win column in their next game against St. John’s Prep.

6: Canton (5) – Canton moves down one spot this week just because of other teams playing tougher competition. The unbeaten streak lives on for Canton as they downed a good King Philip team in their last game.

7: Arlington (6) – It seems like the Spyponders have found their game as they have won their last two games. They have Belmont next on their schedule.

8: St. John’s Prep (12) – The Eagles have a win over Framingham and a tie against Malden Catholic since last weeks rankings. They have bounced around a lot this year, but sit nicely at eight for this week.

9: Framingham (3) - The Flyers had a tough fall this week losing twice since the last set of rankings. Their most recent loss came against Shrewsbury. They take on Weymouth next.

10: Pope Francis (14) – The steady climb is on for the Cardinals as they are up four spots this week. They have a win over Austin Prep and a tie to St. John’s (S) since last weeks rankings.

13: Hopkinton (NR) – A division three team is in the rankings this week! Hopkinton has been on a dominant run since the start of the season. They have won all nine of their games so far and most of them coming in blowout fashion.

14: Duxbury (9) – Duxbury has not found their stride yet this season. They are 1-1-1 in their past three games and their most recent loss was to Plymouth North.

16: Hingham (13) – Hingham is a lot lower than people would have expected this far into the season. They have four losses in their first ten games. They split their last two games, with a win against Walpole and a loss to Burlington.

17: Braintree (17) – Braintree is steady at 17 this week. They won two lopsided games this past week over Needham and Walpole.

18: Barnstable (19) – Barnstable is an impressive 4-0-1 in their past five games with the tie coming against Archbishop Williams. They play Nauset next.

19: Plymouth North (NR) – Plymouth North is the third division two team to be featured this week. They are 7-0-2 on the season with a win over Duxbury being their highlight win so far this year.

20: Archbishop Williams (NR) – Archies has been in and out of the rankings a lot this season. They have two wins in a row, securing 20th this week. 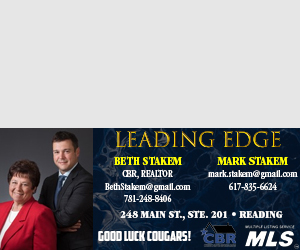