For the first time in its history, MHL provided a live broadcast of a sled hockey game on Saturday, Oct. 27 at Falmouth Ice Arena. Play-by-play broadcaster Jake Levin and analyst Mark Igo, who established MHL in 2014, provided the commentary for the game. Team USA General Manager Dan Brennan, coach David Hoff and Bob Joyce, president of Mass. Hockey, joined the telecast for interviews. Jeff Lane served as producer for the broadcast.

The contest, an intrasquad scrimmage between Team USA and the US development team, including members of gold medal-winning US Olympic teams from 2010, 2014 and 2018, combat veterans, and players who skate with members of several NHL team sled hockey affiliates. You can watch all the action here https://vimeo.com/369082858

Brennan noted the improvements in players within the program over the last decade.

“We can do things in practice we were never able to do before,” Brennan said. “Harder drills, different kinds of systems…the players’ improvement level over the last decade has just been incredible.”

The teams played two scrimmages over the course of a four-day minicamp in Falmouth, with Friday’s contest decided in overtime. Because the first game was so competitive, the rosters were kept together for Saturday’s broadcast, with Team Blue coming back from a 2-1 deficit entering the third period to knock off Team White, 7-2.

Steve Cash of Team White and Brody Roybal of Team Blue were named co-MVPs of the game winning an MHL pom-pom hat.

The minicamp served as a warmup for Team USA, which is set to compete in a four-team tournament in St. John, Newfoundland, Canada in early December against sled teams Russia, the Czech Republic and the host Canadians.

“It’s a great opportunity for us to have some good competition,” Hoff said. “It’s also good to look at some players who could be playing on this team in the next two, three or four years.” 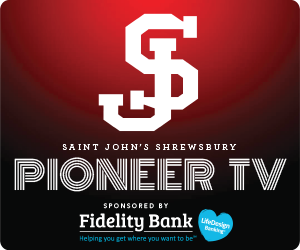