The first game of the Super 8 play-ins was exciting and intense in front of a packed Stoneham Arena. The winner would earn themselves a trip to the Super 8. Let's see how this one played out:

Hingham came out calm and collected playing as if they had been there before, which they have been, last year. They used that experience to take the lead early as Grady Harrington found the back of the net after a sweet set-up by Ronan Mulkerrin. Burlington found their legs shortly after giving up the first goal. Burlington's ability to pass the puck was very relevant as they had multiple back-door chances halfway through the first that could not find the back of the net. Finally, Burlington would get on the scoreboard as Cam Costa capitalized on a great pass from Sean Malone to tie the game. Not too long after, Hingham was granted a powerplay opportunity that they cashed in on. In a net-front scramble, Terrence Concannon found the back of the net to put Hingham up 2-1 ending the first period.

The second period was not as exciting as the first, but Concannon provided some entertainment as he rushed end-to-end for Hingham nearly adding to their lead. Shortly after the Hingham opportunity, Burlington tied the game up. It was Costa again, but this time the sweet pass game from John Condon. We headed to the third tied at 2.

The third period was off to a quick start as Hingham had a goal called back in the first minute of the game. We play on. While shorthanded, John Condon awed the crowd with a sweet saucer pass that landed right in the slot for his teammate, unfortunately it took a bad bounce and did not find the back of the net. Costa had a chance for the hat trick late in the third as he raced for a loose puck and a breakaway, but Hingham goaltender Luke Merian beat him to the loose puck and sent it into the corner. In the dying minutes of the third, Burlington scored off of a beautiful set play off of the faceoff. Ryan O'Halloran won the faceoff to himself and slid a pass over for Jack Jay, who had a wide open net. Hingham scrambled to find the equalizer late, but Burlington hung on for the one-goal victory and a trip to the Super 8. 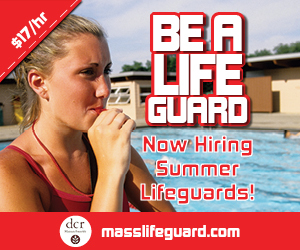 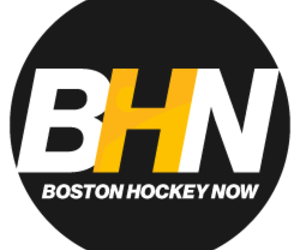