It was a good day to be a St. Marks Lion as they hosted both boys and girls varsity games on My Hockey Live. The action started with the girls game as they hosted Lawrence Academy. An early goal by Bailey Horne from the blue line started the scoring for the Lions as they took an early lead and never looked back. They followed Horne's goal with three more tallies from Lilia Trussell, Lauren Tolve, and Alicia Souliotis. The final score was St. Marks 4 and Lawrence Academy 1 and goaltender Erin Murray earned the victory.

The boys game was a much more tightly contested match up as they hosted Roxbury Latin, a team featured in the Prep School rankings this week. From the drop of the puck, St Marks dominated and carried most of the pace of play. Roxbury Latin goaltender Mikey Jones was playing phenomenal as he kept the game scoreless all of the way into the third period. The Lions could not be kept off the scoreboard too long as Danny Ciccarello buried a wrister from the side boards to put the Lions up by 1 early in the third period. Shortly later the Lions kept the offense going as Jackson Coutu put in a re-direction generated from a 2 on 1 opportunity. The Lions now lead by 2 in the third period and had all of the momentum, until they took a major penalty with seven minutes remaining in the game. Not only did they have five minutes to kill off, but for two of those minutes the Lions were shorthanded with a 5 on 3. St. Marks killed this off, but Roxbury Latin forward Jack Luca fired a shot into the back of the net to pull the game closer with 2 minutes remaining. Roxbury Latin followed the goal with their best offensive push of the night and could not find the puck in a net front scramble as time expired and St Marks held on to beat Roxbury Latin 2 to 1. Goaltender Will Bundy played well in his win for the Lions.

St. Marks boys play Rivers this Saturday in their next game and Roxbury Latin faces off against Brooks also on Saturday. 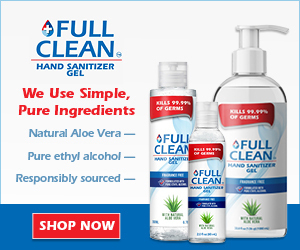